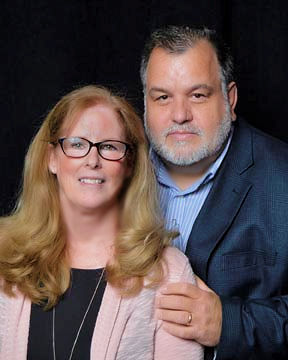 Doug and Paula were called supernaturally to take the Lead Pastor role at Living Hope Church, succeeding the founding Pastor of 16 years, Pastors Keith and Penny Tucci. They moved to western Pennsylvania in May of 2015 are actively pursuing the will of God for the service and spiritual awakening of the community, nation, and the earth.

Doug and Paula got started in ministry at Reserve Church (Presently LifeHouse Church) by under the mentorship of Pastor Rod Aguillard where they served as Children’s Pastors before being sent out to the nations to pursue a mission call.  Immediately after the fall of the USSR, they planted a church among the Chuvash people in the city of Cheboksary, Russia. They raised up a Russian Pastor and leadership team to take over the work, and the church is still active today. They have continued to travel in and out of Russia for the past 30 years as well as networking with other mission organizations to advance outreaches in Nicaragua and most recently, North Korea.  Their life ministry motto is: “No borders, only people.”